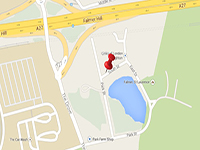 Back to Education Index


This page is dedicated to the Very Popular Royal Python (Python Regius).